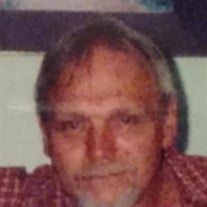 Mr. Ricky Elmore Huffman,63 of Claremont, NC passed away on September 16, 2021 at Catawba Memorial Hospital. Ricky was born on July 15,1958 in Caldwell County. Ricky was the son of the late Margaret Nina Bell Coffey Watson of Lenoir. Ricky Huffman retired after over 30 years with Broyhill Furniture and, also, working part time for Papa John's of Lenoir. Rick was a hard worker, and especially loved delivering pizza to local schools. He will be remembered as a loving husband, father, grandfather, great-grandfather, and caregiver to family members in need. In addition to his mother and step-father, Theodore Makinley Watson, he is also preceded in death by his loving wife Barbara Jean Holloway Huffman; granddaughter, Julia Breanna Patrick; and sister-in-law, Loretta Greek Holloway. He, also, is preceded in death by his half-brother Ronald Church and half-sister Peggy Osbourne. Ricky is survived by his two daughters: Tracy Ann Huffman Ward of Michigan and Melissa Kim Patterson of South Carolina and his son, Roy Guy of Lenoir. He, also, is survived by his two nephews, Jason and James(bubba) Holloway of the home, and two nieces, Kimberly Holloway of the home and Crystal Holloway of Lenoir. Ricky is survived by his six grandchildren: Savannah and Mackenzie Ward of Charlotte, NC; Celine Ward of Michigan; Angel Patrick of Lenoir; and Joy and Madison Patterson of Tennessee. Also, Ricky leaves behind three great-grandchildren: Zaylan Spake of NC, Oliver Ward of Charlotte, NC. The family wishes to thank all the nurses and doctors that cared for Rick Huffman in his last few months. Also, the family wishes a tremendous thank you to Evans Funeral and Cremation Services for all their continued support in this very difficult time. Online condolences and prayers are much appreciated to the Huffman family.

The family of Ricky Elmore Huffman created this Life Tributes page to make it easy to share your memories.

Send flowers to the Huffman family.