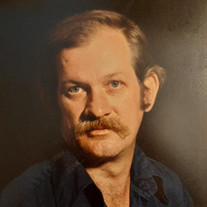 Robert Len Woodring (Wawa) was called home to be with his Lord on Sunday, November 1, 2020 at about 12:20am at the age of 69. He was at hospice in Hudson NC with his baby sister Sandy by his side. He had a long hard battle with rectal cancer that had spread to his liver and lungs. He never gave up fighting. He was the son of Gene and Donzola Woodring and was born on March 29, 1951 in Boone North Carolina. He was one of 6 children, one passed when she was just a newborn which happened a lot back then. They moved from Boone to Lenoir NC when he was a small child for a better life and thats where Gene built Donzola a house that they lived in till Robert was old enough to move out on his own. Robert was a very smart man, he had an IQ of 150\160, and he loved learning about different things as much as he could. He attended Caldwell Community College where he got an associate’s degree along with other various degrees and certificates, this was something that he was very proud of and had every right to be. He had always had a passion for writing and was extremely good at it. He was a freelance writer and connected to Freelance Content Writers Group and Inner Circle Writers Group. He also belonged to at least one Writers League. He had a way with words that could draw you into a story with just a couple paragraphs and paint a picture of a scene with just a couple sentences. He enjoyed reading a lot too, including westerns and science fiction and the Bible. He liked to watch the races and football and the dead files. And him, his dad, and brother James would get together to watch special wrestling events on pay preview, before their dad passed away it was something, they all enjoyed doing together a lot. Robert was an active member of the Catawba Valley Brain Injury Association for almost 18 years till his health would not allow him to do so anymore. He participated in almost all their activities and contributed money to help others despite him being on a fixed income because he was a caring person. He always had such a positive attitude. Robert was such a strong person with everything he had been through in his lifetime including 4 heart attacks and a couple open heart surgeries and then finding out about the cancer and no matter what he never gave up or lost his positive attitude nor his faith, if anything it made him turn even more to his Lord. He will truly be missed and his absence will ALWAYS be felt. Robert was preceded in death by both his parents, Gene and Donzola, both of Lenoir, and a baby sister Patricia. He is survived by his wife of over 35 years Kathy Slagle, currently living in Virginia; three sisters and one brother all of Lenoir: Sandra (Sandy) Woodring Gilbert, Betty Kaylor, Joanne Tilley and James Woodring; and a niece and nephew both of Lenoir as well: Melissa (Missy) Gilbert Hicks and Richard Tilley. Robert, who was passing away, only asked for one thing. He didn’t ask for healing or anything except this one thing. He wanted to go vote before going to hospice. Having the freedom and honor and privilege to vote was important to him. He never got to vote; as he passed away two days after going to hospice. Voting is an honor and privilege, and we hope you take it as seriously as he did and vote. Evans Funeral Home in Lenoir NC is handling the private services. People that would like to send flowers or donations send them to Evans on November 4 before 3pm. Robert (Wawa) may be gone but he will NEVER be forgotten. Rest in peace Wawa.

Robert Len Woodring (Wawa) was called home to be with his Lord on Sunday, November 1, 2020 at about 12:20am at the age of 69. He was at hospice in Hudson NC with his baby sister Sandy by his side. He had a long hard battle with rectal cancer... View Obituary & Service Information

The family of Robert Len Woodring created this Life Tributes page to make it easy to share your memories.

Robert Len Woodring (Wawa) was called home to be with his Lord...

Send flowers to the Woodring family.